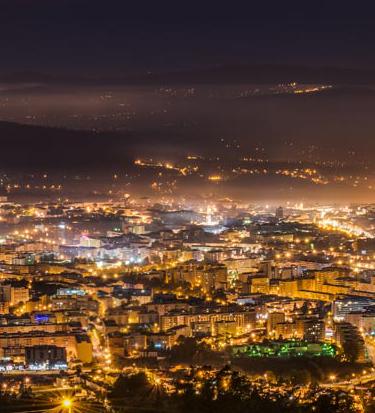 If you have already chosen Braga to Live, know a little more about us!!

Braga has accommodation typologies for all tastes.

From studios, apartments of all types, twin and detached houses.

Given the geography of our city, you can choose to live in an isolated house on the outskirts of the centre, in calmer and more rural spaces just a few minutes from the city's movement.

If you need Temporary Accommodation you have at your disposal the renewed Braga Youth Centre.

To help you decide which house to choose, consult the real estate offers that the city offers you.

The doubts that you have in relation to the rental contracts or purchase of the house you can resolve them here.

Get to know the parishes of Braga

Braga's territory is divided into 37 parishes. The policies implemented by Braga City Council for the balanced and homogeneous development of the whole territory are recognized and taken as an example, namely in the distribution of the various public equipment networks on a complementary basis.

The pioneering practices of decentralizing the municipality to the local parishes are also highlighted, resulting in a fairer distribution of municipal funds and, consequently, a more attractive municipality, beyond the urban centre.

Braga is a unique territory, with 37 parishes that compete equally for an harmonious whole, with greater or lesser housing density, but with multiple attractions, where, along with the new equipment, you can find natural beauty, built heritage or archaeological remains, which build the history of one of the oldest counties of a county, which came to be called Portugal, and of Bracara Augusta that came to be called Braga.

In other words, History that is told every day.

Meet the Parishes of Braga

Get to know the map of Braga

Get to know our Shopping Centers and Traditional Trade

Braga is known for the beauty of street commerce. Delight yourself walking through the centre and visit the picturesque and historic traditional shops or the trendy shops.

Where can I contract the water or electricity supply in Braga?

The supply of water or electricity can be contracted in the same space.

Remember that you must take with you the Citizen Card, rental contract or deed of the property and provide your NIB (Bank Account Number), if you want to pay by direct debit.

The municipal company in Braga that supplies the water and waste collection is Agere and for electricity there are several suppliers to choose from.

In Braga, the Loja do Cidadão/Citizen’s Shop has several public services, all in the same space to facilitate your coming to Braga.

Get to know it in the following tab

Citizen's Shop in Braga: where it is located and what services it encompasses

It is located in the centre of Braga, at Rua de Granjinhos, 6.

You can find the following entities there:

The ePortugal portal allows you to consult information about the services/tickets.

It also provides the issuance of electronic tickets.

Braga is a safe and secure city, with the security forces always available to help.

Braga Municipal Service Desk (Balcão Único): where is it located?

The Braga Municipal Service Desk brings the citizens closer to the Municipal Services, ensuring greater convenience and faster service. It is located at Praça Conde de Agrolongo, 4704-514 Braga. This service is provided online through a platform, which is a new service channel of the Municipality of Braga.

In this sense, in a single space for the treatment of different municipal issues, this platform allows convenient and quick access to a wide range of municipal services.

Any questions about the services available on the Platform? Consult the Frequently Asked Questions.

For more information or suggestions, please use the e-mail address municipe@cm-braga.pt.

In terms of health, you can resort to various units with several medical specialties: